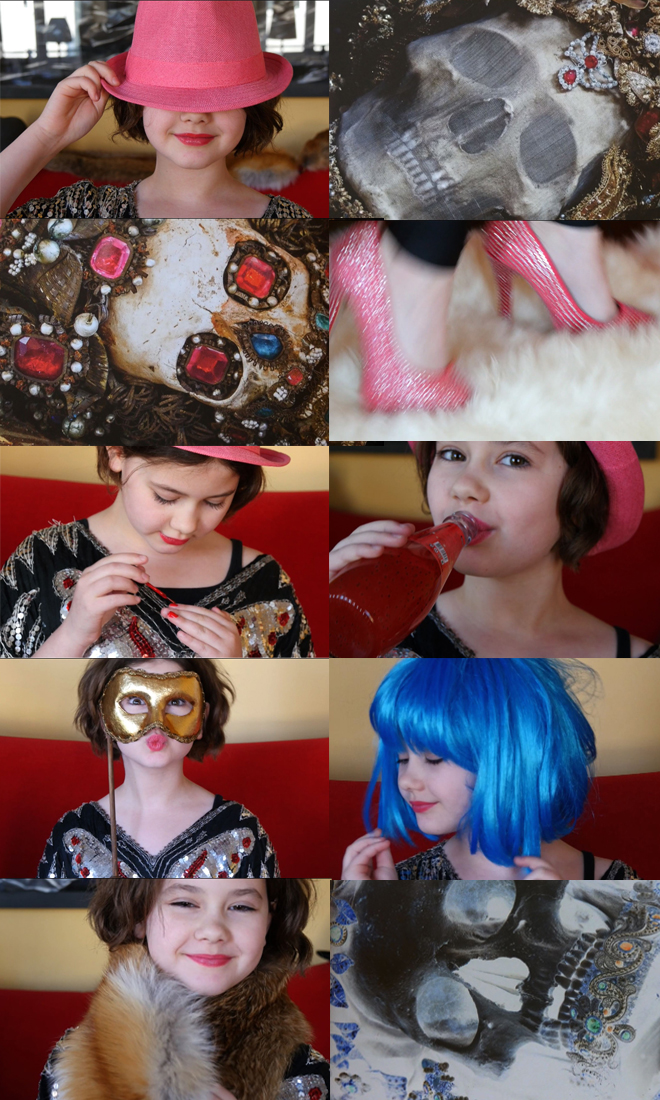 “Princess Crocodile” is a story of Enie, a ten-year-old girl, in search of her identity. Enie never knew her mother, who had died when she was a baby. There is a dark mystery surrounding this premature death, an unspoken culpability and a stubborn silence, that Enie will have to break one day in order to exorcize herself.
The film takes the viewer on an eerie journey into the kingdom of the dead. At times Enie becomes a dibbuk inhabited by the soul of her dead mother and directing her thoughts and actions. This is how she gets in possession of supernatural powers, allowing her to communicate with ghosts, a gift that will never leave her. It is an invitation to a danse macabre and a lustful vanitas. There is confrontation with the dead, guilt and mystery, incantation of ghosts, exorcism and magic at work.

“Let me be no nearer / In death’s dream kingdom / Let me also wear / Such deliberate disguises / Rat’s coat, crowskin, crossed staves / In a field / Behaving as the wind behaves / No nearer – / Not that final meeting / In the twilight kingdom”