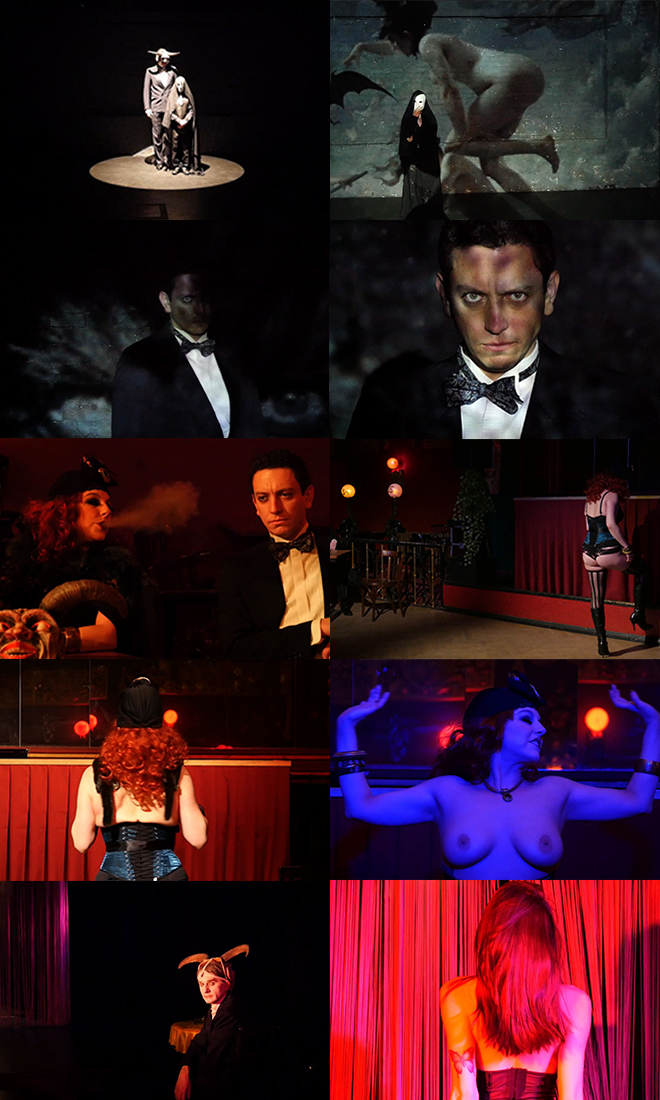 “Czarymary” is a dark fairy tale about sex and sexes, transience and decay, about the evil and the beauty and about the axiomatic falseness of such categories in the first place. It is a filmed performance, an open-end theatrical experiment, staging different mythical characters, such as Mefisto, Poltergeist, a naked beauty, a clown, a burlesque dancer, a blind accordionist, as well as the queen of the jungle, in surreal places, such as a strip tease club, an old dancing hall, a museum for nature and an off theatre. It is a sequence of visions and hallucinations. An invocation of dark spirits, the living and the dead.

from the Pandrogyny Manifesto by Lady Jaye and Genesis Breyer P-Orridge, 2003